Santa Claus lives in Lapland, Finland northernmost part. In this magic land, between the white snow, there Santa’s post office. On each letter there is an unique and inimitable stamp applied by Elves, also the postmark belongs to Santa Claus village.

Lapland is a very special land. In the heart of winter or during the period of the polar night, as well as by the moon and the stars, the landscape is illuminated by the magical borealis aurora and a white blanket of pure snow. The Arctic Circle is also known as the border with the hectic everyday life: a place where time is transformed into the traditional of elves and reindeer magical time.

Finland has a highly technological culture, even Santa Claus has become a follower of technology! Air is pure and nature that is a very important element for the Finns and play in the white snow, it’s really a lot of fun even the elves of Santa Claus know. Slide between the trees is a matter of merry laughter.

Santa's helpers are very mischievous and they show themselves to the people only when they want!

The letter from Santa Claus 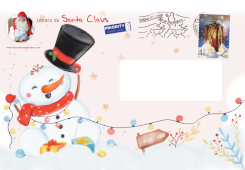 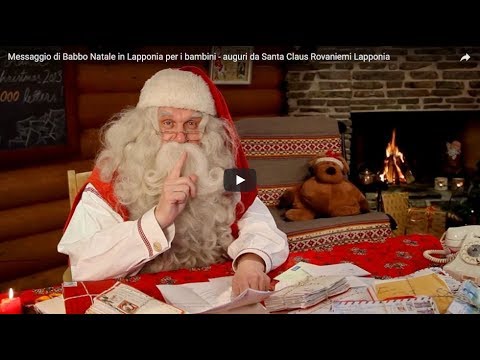 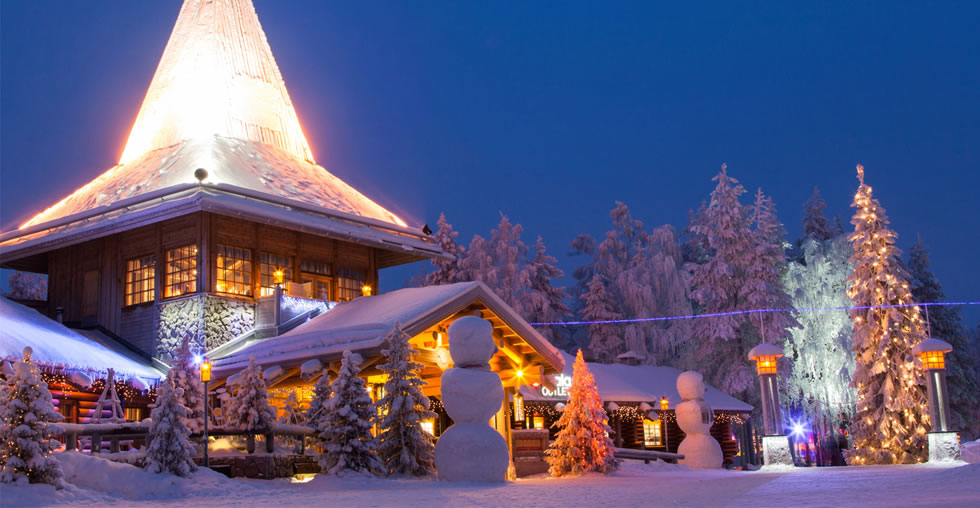 Unlike our country, the seasons in Lapland are very specific:

The winter is long and dark and there is always snow. The sun does not rise at all: it remains below the horizon. Go down a light blu darkness everywhere. The phenomenon is called Kaamos and this is a wonderful and extraordinary experience. The landscape is illuminated by the moon, the stars and, sometimes, magnificent aurora borealis. The white snow reflects light. The temperature can drop to -20 º C - 40 º C. You can stand still for a long time in the open air for a ride in a sledge or ski in the forest, provided that in such cases, wear winter clothes very heavy.

During this season you can witness the phenomenon of the Aurora Borealis, this can be seen at night when the sky is clear. According to legend, it appears in the sky at the same time when a fox runs between the slopes and its tail hits a snowdrift that emanates trails.

After the long winter, the buds are get green very quickly. The days will light up more and more. The sun comes out and melts the snow.

Already for several days before the summer solstice until the first week of July, in Lapland you can witness the phenomenon of the midnight sun. That's right! The sun doesn’t set at all. These are special nights without darkness with luminous days. In summer you can swim in lakes and rivers. Fishing is a very popular hobby. The summer Lapland is quite short and the temperature can sometimes reach +25°C. The summer drizzles serve to freshen the air and nature.

After a short summer autumn arrives and then nature is tinged with magnificent colors of purple. Hiking in the slopes of Lapland during the "ruska" September is a fascinating experience.